Designed to bring an academy structure to the Caribbean island of Curacao, Project 421 gets its name from 4 academies in 2 complexes inside 1 campus.  Its goal was to alleviate pressures in international recruitment of players that exist in the Dominican Republic.  Curacao is a tropical paradise situated off the coast of Venezuela and is part of the Dutch ABC chain of islands. With an island population of 160,000 and having produced 14 MLB players since 2000, Curacao produces more MLB players per square capita than any place on the globe.

Project Johnny Vrutaal is the third Curacao project designed to further stimulate baseball on the island of Curacao. The beauty and history of the Johnny Vrutaal complex in downtown Willemstad, the island capital, would give a home to the Curacao Winter League and cement the island as a true baseball destination. 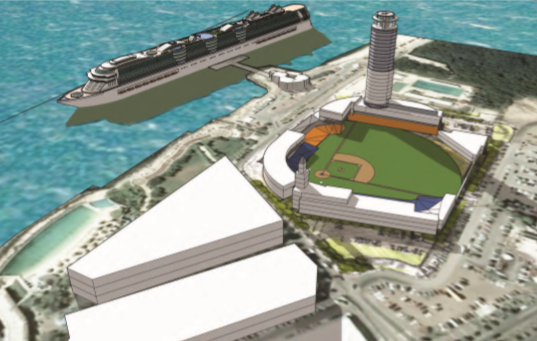