International Baseball Partners released the official logos of the new four (4) team winter league of baseball for Curaçao on Thursday. Managing Director, Michael Powers, said the logos represent the beauty and infrastructure of the island of Curaçao. 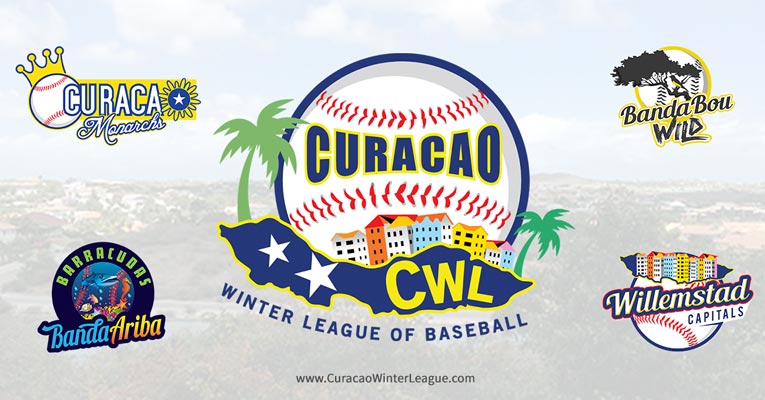 “We believe the Curaçao Winter League is going to prove to be the newest gem of Caribbean professional baseball and we want to project to the global baseball community the unique qualities of Curaçao”, said Powers in a press release.

The Curaçao Monarchs, The Willemstad Capitals, The Banda Bou Wild, and The Banda Ariba Barracudas.

Each team captures a unique quality associated with the Caribbean Sea nation.

Powers described the essence of each team stating,

“The Monarchs capture the colonial history of Curaçao, while The Capitals announce the seat of government. The Wild represents the beauty of nature found on the island and The Barracudas create imagery of the underwater forest below the blue surface of the sea waters around Curaçao.”