The parliamentary government of Curaçao made official its intent to begin exploring the feasibility of creating a baseball complex to house international development by signing its official documents with International Baseball Partners.

The official government document known as an MoU or Memorandum of Understanding, puts together a formal business plan with IBP’s “Project 421” according to IBP’s CEO, Michael Powers.

“We continue to move closer to realizing Project 421 and the eventual construction of major league quality facilities on the island of Curaçao”, said Powers.

Curaçao Minister of Economics Stanley Palm along with the Prime Minister, Ivar Asjes were on hand at a government press conference to announce the MoU. 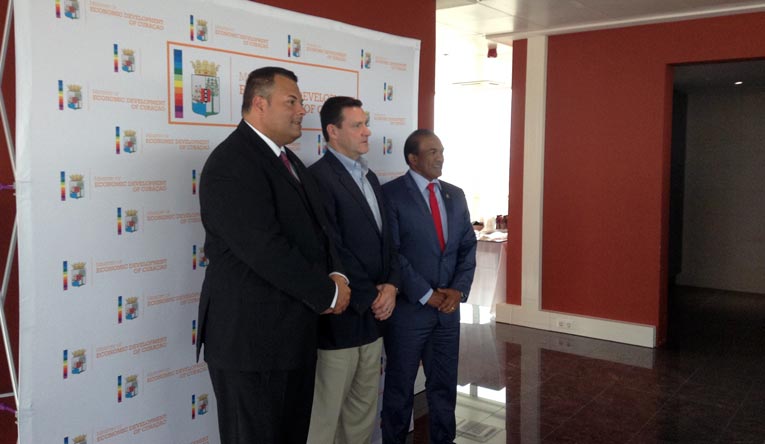 “Minister Palm has been very instrumental in guiding the partnership between Curaçao and IBP. Along with Prime Minister Asjes and the parliamentary leaders, we hope to bring a unique and permanent training facility that will attract professional baseball and benefit the great people of Curaçao”, said Powers.

The MoU specifies the due diligence of a staff of professionals in areas of accounting, engineering, real estate and other operations vital to the project. According to Powers, the time frame of its completion is within 6 months. Once the feasibility study is complete the two parties will conference and discuss its findings. “We remain optimistic and excited that we’re one step closer to putting Curaçao on the international baseball map”, noted Powers.

These local publications are in Papiamentu and/or Dutch. For English, try this Papiamentu to English translator.